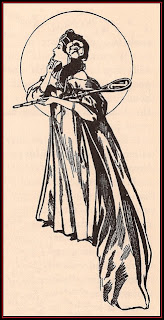 Ozma, the child empress from L. Frank Baum's Oz series, is probably the earliest example of a transgender character in literature.  Her debut The Marvelous Land of Oz is without a doubt my favorite book in the series  Like its predecessor The Wonderful Wizard, the Land of Oz is home to some great character development and represents a more modern breed of fairy tale worthy of the Brothers Grimm or Andersen.  There's a lovely texture in the landscape that reminds of Tolkein's books, come to think of it, and we get to feel the drama and struggle of it's central character Tippetarius at every turn.  Tippetarius, it turns out, was a slave boy raised by the witch Mombi and happened to be a concealed form of the rightful princes of the realm, Ozma.

I first read the Land of Oz when I was doing research for a novel.  Before the project I don't believe I'd heard of Oz's princess, the girl who was raised a boy.  The concept immediately appealed to me.  I was delighted to find the character and her path engaging and full of development.  Her back story makes her the daughter of Oz's rightful king, Pastoria, who was deposed by the Wizard when he arrived before the first novel.  To secure his rule he abducted the infant Ozma and took her to the witch Mombi.  Unlike the famous Witch of the West in the previous installment, Mombi is more of a village witch and outcast.  The reigning regent in her portion of Oz is Locasta, the Witch of the North who forbade anyone to practice magic because of its potential danger.  As such, Mombi practices in secret with her strange bedfellow Dr. Pipt.  Mombi was instructed to keep the princess away from her throne and turned the baby into a boy.  This is something you'd be hard pressed to find in children's books today.  Mombi makes a lot of use for the unfortunate boy in the form of chores, labor and house cleaning but never reveals a shade of his rich history. 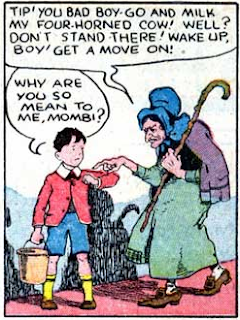 Eventually Tippeterarius (Tip for short) steals the witch's Powder of Life and sets off on an adventure that brings him face to face with Glinda, the Witch of the South.  Glinda sets a trap for Mombi, who has been retained for a revolution against the Scarecrow, Oz's king in absence of the Wizard, and forces her to tell the truth about Tip's birthright.  The boy is transformed by Mombi's magic one last time into her true form, making her the new empress of Oz.

There's a lot of glamour in a story like this and a lot of relevance for transgender women.  Growing up I remember telling my father stories about how I was really a girl and once indulged a tale that I was a secret princess.  This was twenty years before I ever heard the name Ozma.  And while I doubt L. Frank Baum had transgender movements in mind when he wrote The Marvelous Land of Oz I wonder how many transgender children beside my self grew up wondering if they were really under a spell? 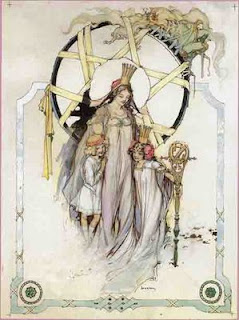 Posted by Selena Asherah at 5:10 PM